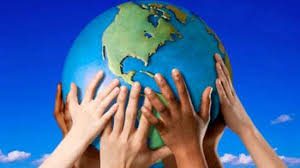 On the occasion of the International Day of Tolerance, Maat calls on the world to enforce human rights laws, the most important of which is the right to life

On the occasion of the International Day of Tolerance, Maat calls on the world to enforce human rights laws, the most important of which is the right to life

On the occasion of the International Day of Tolerance, Maat for Peace, Development and Human Rights affirms its continuous call to the member states of the United Nations to adhere to the basic values that represent the essence of the United Nations Charter, especially the values of tolerance, acceptance of others, rejecting violence and extremism and promoting peaceful dialogue and mutual understanding between countries of the world.

Maat recalls that the spread of values that contradict international human rights covenants represented in intolerance, xenophobia, and fear of the other have caused the peoples of the world to suffer from the scourge of wars, terrorism, violence and armed conflicts that killed millions of civilians over the course of the last century, which greatly affected Directly on peoples 'development opportunities, doubling poverty rates, squandering peoples' wealth and displacing millions, especially women and children.

The Maat Foundation, which has a consultative status in the United Nations Economic and Social Council, is keen to enlist all possible efforts to urge the countries of the world in general and the Egyptian state in particular to play an active role in the international system through constant reminders to fulfill international obligations and abide by international treaties and conventions ratified by states , While adhering to the essence of the value system upon which the United Nations was founded.

In this context, and based on a set of recommendations approved by the Egyptian state during the second round of the universal periodic review in March 2015, which relate to achieving full equality among members of society, promoting respect, religious tolerance and cultural diversity, and achieving mutual understanding between peoples and religions, the Foundation calls on all parties Concerned Egyptian authorities to promote the values of tolerance by adopting new legislations and initiatives that include eliminating discrimination, purifying religious heritage, rejecting violence and combating extremism.

Maat stresses the role of the High Commissioner for Human Rights in developing and following up the frameworks that guarantee the member states ’commitment to the texts and essence of international charters and treaties that are based on promoting the values of tolerance and non-violence, accepting others, respecting diversity and pluralism, coexistence, rejecting hatred, ensuring the enjoyment of basic rights, the most important of which is the right to Life. And that the United Nations contribute to responding to the developments and changes taking place around the world through continuous keenness to oblige the countries of the world to fulfill human rights and to establish and implement appropriate international sanctions on countries that provide all kinds of support for violence, extremism and terrorism around the world.