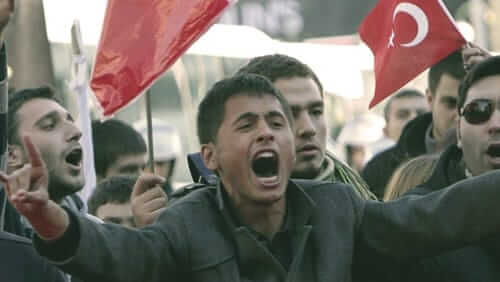 Turkey practices persecution and oppression against the Kurds

Turkey practices persecution and oppression against the Kurds

Aqeel: Calls for strict measures to be taken to save religious minorities

Maat Foundation for Peace, Development and Human Rights explained in a report on the extent of violations against religious minorities in the world in conjunction with the convening of the fortieth session of the Human Rights Council, and on the occasion of which the Special Rapporteur on freedom of religion or belief presented his report in order to take strict and serious measures to save these religious minorities from their suffering. It is a clear violation of all international human rights covenants and human rights.

Aqeel explained that the inhuman crimes committed by the Myanmar government against the Rohingya Muslims have shook the whole world, and successive governments in Myanmar have consistently said that the Myanmar Muslims are not an actual ethnic group, and that they are in fact Bengal immigrants and as a result, the Myanmar constitution does not include them among the indigenous groups as Buddhists do. By exposing the Rohingya Muslims to various forms of torture, and they use heinous methods of killing them, and consider their liquidation as a primarily religious duty.

The report emphasized that Russia is a special case, as it has not only practiced repression against religious freedoms since the Soviet era, but rather considers that any religious activity carries a threat to social and political stability, and Russian policies towards Muslims range from administrative harassment, imprisonment and extrajudicial killings and demanded the Russian government to preserve On the rights of minorities present on their lands.

The report emphasized that Turkey has practiced and is still practicing persecution and repression against some religious minorities in Turkey, especially the Kurds, with whom the Turkish government deals with repression and arrests. And it masses its military forces on the borders with Syria in front of the Kurdish areas, taking the Kurds as a cover for the military intervention in Syria and called on the international community to pressure the Turkish government to stop the persecution and deal inhumanely with the Kurdish minority on its land and outside its borders, in an attempt to exterminate an entire people.