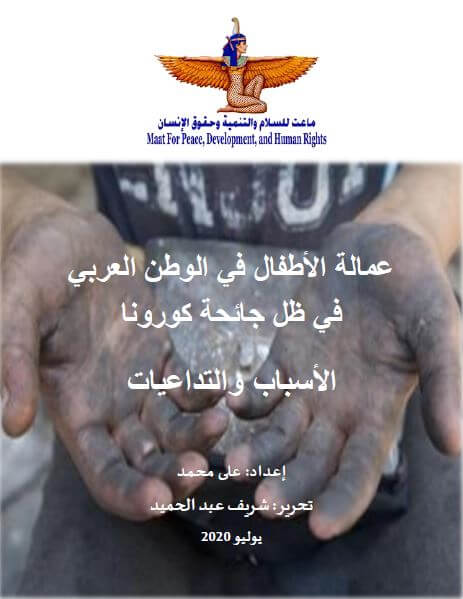 Ayman Aqeel: Kuwait does not recognize stateless people from the Bidun on its territory and describes them as illegal residents

Ayman Aqeel, Chairman of Maat Foundation, indicated that the Foundation regrets that Kuwait informed him of Recommendation No. 293.157; To solve the cases of stateless Bidun and recognize their right to obtain Kuwaiti nationality. On the other hand, the government failed in its response to match reality and truth and its falsehood, explaining that there are no stateless people in Kuwait, but illegal residents, who entered the country illegally and then concealed their official documents to obtain Kuwaiti nationality. However, the Kuwaiti authorities are still in their position on not granting citizenship to Bidun children except under almost impossible conditions, and the process of granting citizenship to the Bidun continues to go very slowly, with great difficulty in obtaining official documents or records and appropriate social services, in addition to restricting their rights to freedom Movement, peaceful assembly, and freedom of opinion and expression

Aqeel added that during the review process, the State of Kuwait submitted 34 recommendations regarding the rights of migrant and domestic workers and urged the government of Kuwait to ratify the International Convention for the Protection of the Rights of All Migrant Workers and Members of Their Families, as foreign workers in Kuwait are still vulnerable to exploitation and abuse under the sponsorship system, which requires obtaining Permission from the employer to change jobs or travel, and in this context, the Philippine government decided in 2018 to suspend sending Filipino workers to Kuwait, one day after the Philippine president announced that domestic workers were suffering from violations there that led to the suicide of a number of them.

During the intervention, Maat Foundation called on the State of Kuwait to remove all gender-discriminatory provisions from the Nationality Law to ensure that women are able to transfer their nationalities on an equal basis with men to their children and to provide citizenship and full rights to the Bidoon population.

It is worth noting that the State of Kuwait underwent review last January as part of the 35th session of the UPR, during which Kuwait, Turkey, Kyrgyzstan, Kerbati, Guinea, Lao People's Democratic Republic, Spain, Lesotho, Kenya, Armenia, Guinea-Bissau, Sweden were subject to review. Grenada, Guyana). However, due to the challenges of the Corona pandemic, the rest of the countries requested to postpone the adoption of the results of their review to the 45th session next September.

To view the text of the intervention in English: