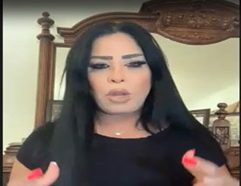 A virtual panel discussion on the occasion of the International Day of Peace, which discusses the "dangers to peace and security resulting from terrorist acts by foreign fighters"

As the International Humanitarian Law Unit observed that there is an unprecedented influx of fighters and facilitation networks fueling multiple conflicts around the world, as is the case in Iraq, Syria, the Horn of Africa, Afghanistan, Yemen, Libya and elsewhere. The latest international reports indicate that there are now more than 30,000 from more than 100 countries who have traveled to join terrorist entities linked to or fight for Al-Qaeda, including the Islamic State in Iraq and the Levant (ISIS). Foreign terrorist fighters pose a threatening threat. Global peace and security. 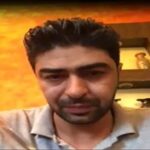 More than 40,000 fighters from more than 110 countries joined simultaneously to terrorist groups fighting in Syria and Iraq. UN Security Council Resolution 2178 defined foreign terrorist fighters as “individuals who travel to a country other than their country of residence or nationality for the purpose of committing Terrorist acts, planning, preparing, participating in them, or providing or receiving training on terrorism, including training in relation to armed conflict.

A number of experts in the field of international humanitarian law and international human rights law participated in it, including Dr. Ahmed Al-Fatlawi, professor of international law at the University of Kufa - Iraq, who told us about the strategies that Iraq had put in place in combating terrorism and human rights defenders, Agid Abraham, who spoke about the situation in Syria and the journalist Afaf from Libya, who explained Libya is witnessing tensions. In the end, the speakers made some recommendations, most notably

Discussing the issue within the international community in legal language, separating the various complications that the current situation is witnessing in Libya - Syria - Iraq and urging work on a clear legal definition of the term foreign fighters, establishing a special court for the victims of violations from these foreign fighters, legislating a law and adding provisions for combating foreign fighters Reducing hate speech