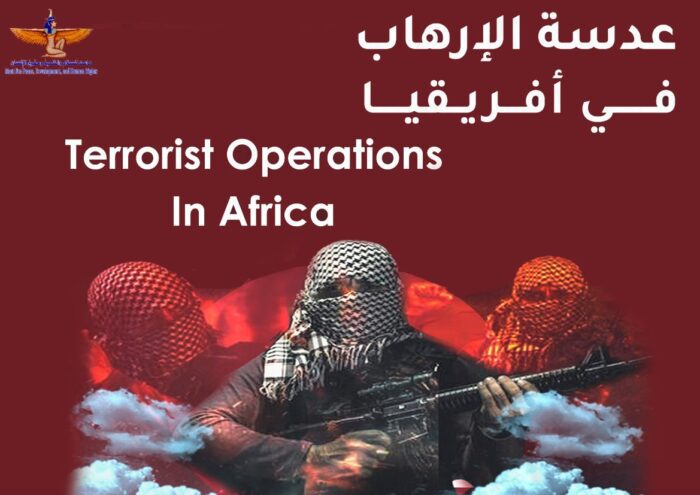 Okeil: On “The Ethiopian government must avoid taking any unilateral decisions that may lead to bloodshed.”

Basant Essam: A joint mechanism for the settlement of tribal and clan disputes in East Africa

Maat for Peace, Development and Human Rights has issued its monthly report entitled “Terrorist Operations in Africa” on the most prominent terrorist operations and the counter-terrorism efforts in Africa during May 2021 to track down terrorist groups and concluded it with recommendations and estimations for the current and future security situation in Africa.

This report discussed the details of the most prominent operations that took place in May 2021, which reached about 42 bloody attacks and incidents, resulting in the death of about 766 people, the injury of at least 75 others, as well as the disappearance and displacement of about 200 people else.

Furthermore, the report showed that East Africa was the worst regions affected by terrorism for the second month in a row, with a total of 430 victims. Meanwhile, Ethiopia came to the forefront of the most deadly states for the third month in a row, with the death of about 342 individuals. In Western Africa, Nigeria was the third most affected state in the continent and the first in the region, with the death of about 91 people due to the massacres carried out by the Boko Harram terrorist organization. In the same context, South Africa succeeded in addressing the threat of ISIL that nearly controlled the region.

For his part, the human rights expert Ayman Okeil, President of Maat for Peace, Development and Human Rights, stated that the Tigray crisis is still on top of the list of emergencies in Eastern Africa for the sake of achieving peace and security. Okeil also called on the Ethiopian government to avoid taking any unilateral decisions that may lead to more bloodshed.

On a similar level, Basat Essam El-Din, a researcher at The African Affairs and Sustainable Development Unit at Maat, pointed out the seriousness of the racial and tribal clashes, which became like other forms of terrorism in Africa. She recommended all the governments suffering from the menace of such scourge, develop a joint mechanism for the creation of socio-political conditions between tribes and clans together or between them and the Central Government.. 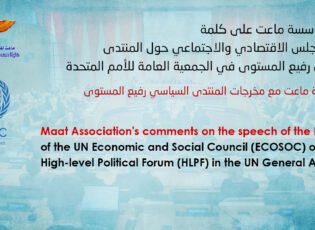 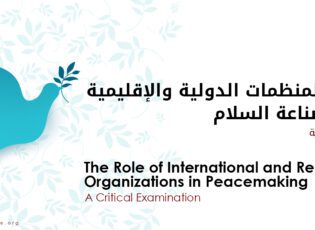