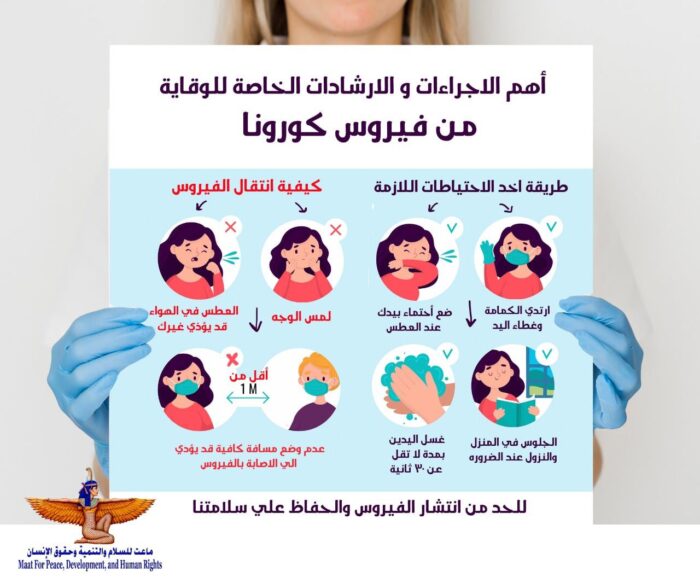 Aqeel: Maat continues its community support to face the repercussions of the Corona pandemic

Aqeel: Maat continues its community support to face the repercussions of the Corona pandemic

Monica Mina: We wish, in cooperation with religious leaders, to provide psychological support to the injured and to address the phenomenon of social stigma through the implemented initiatives

Maat Foundation for Peace, Development and Human Rights launched a number of initiatives during the first month of the new year 2021 within the framework of its project “Strengthening human solidarity through interfaith dialogue in the face of Covid 19” implemented in cooperation with King Abdullah bin Abdulaziz International Center for Interfaith and Intercultural Dialogue. Thus, Ayman Aqil, head of Maat Foundation, assured us that the Foundation continues to continue its efforts and support for the Egyptian society, explaining the importance of solidarity and cooperation between all parties and institutions to confront this pandemic and its repercussions.

Prevention first came as the first of these initiatives, where a group of participants, in coordination with the Maat Foundation, created a page on the Facebook application to publish the correct information related to the Coronavirus, and it also circulated medical information published by the Egyptian Ministry of Health about home isolation and the simultaneous symptoms of the second wave to deliver it to the largest As many citizens as possible, as well as publishing an information series on therapeutic vaccines and their side effects, you can follow them through this link:  fb.com/PreventionComesFirst

On the other hand, Monica Mina, the project manager, explained that they seek, in cooperation with religious leaders, to provide psychological support to the injured and to address the phenomenon of social stigmatization, where some psychological support is provided and an attempt is made to create a positive atmosphere on this page by providing a number of useful books and musical and artistic suggestions in addition to A series of movies and sports to enhance positive energy and maintain psychological and societal peace. This is in addition to a series of videos that aim to combat narratives that reinforce social stigmatization and stereotypes associated with the disease, which will be launched during the second half of January of this year. 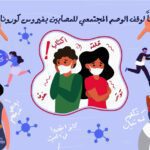 It is worth noting that these initiatives came through discussion sessions and meetings in which a number of members of the seminaries of the Coptic Orthodox and Catholic churches and representatives of the Intercultural Dialogue Forum at the Coptic Evangelical Organization for Social Services, in addition to a number of other Azharian youth and academic researchers in the culture, peace building and religious pluralism participated.