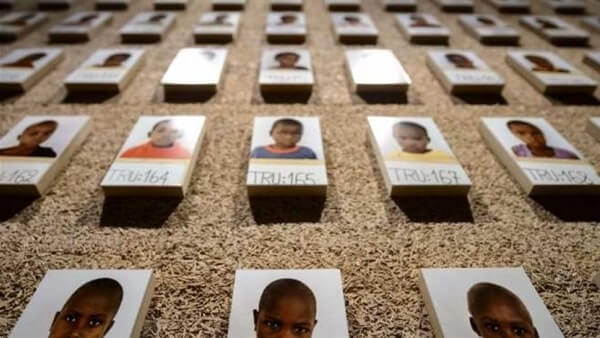 A peaceful world is not a distant hope

In commemoration of the International Day of Reflection on the 1994 genocide in Rwanda; In which more than 800,000 people were systematically killed in less than three months, the Maat Foundation for Peace, Development and Human Rights calls for the implementation of the 1948 Convention on the Prevention and Punishment of the Crime of Genocide.

Hate speech and violence in Rwanda, tinged with a political and ethnic overtones, led to a genocide whose cruelty the whole world still remembers today. The same rhetoric prevails around the world today, especially in Africa. From religious extremism to ethnic fanaticism; Hundreds and thousands of innocent people die in a kind of genocide; Simply for belonging to a nationality, race, sect, or religion.

Accordingly, Maat Foundation for Peace, Development and Human Rights calls on states to assume their responsibility to protect in accordance with the 2005 World Summit Outcome, and what was formulated in the Secretary-General's 2009 report on the implementation of the responsibility to protect, as well as the provisions of the 1948 Convention on the Prevention of the Crime of Genocide and Punishing its Perpetrators.

Maat Foundation also calls on states to work to reject identity differences that generate conflict, as well as the implications of these differences in terms of access to power, wealth, development opportunities, citizenship, and the enjoyment of basic rights. We also reject those conflicts that are fueled by discrimination, hate speech that incites violence, and other human rights violations.

The Foundation commends the Rwandan model, which succeeded in applying this, transforming Rwanda from an economically, politically and socially exhausted country, to one of the fastest growing economies in Africa, and was able to eliminate the potential causes of violence that leads to genocide.

It is worth noting that Maat Foundation for Peace, Development and Human Rights currently holds the position of North Africa Coordinator in the group of major NGOs in Africa, and it also holds consultative status in the United Nations Economic and Social Council, as well as a member of the General Assembly of the Economic, Social and Cultural Council of the African Union.