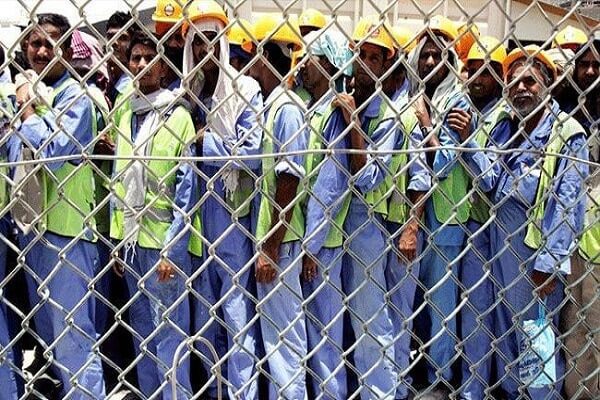 In an intervention before the Human Rights Council, Maat reveals Qatar's violations of migrant workers' rights

Aqeel: There are 4,000 people in Qatar who live in modern slavery

Monica Mina: Qatar should amend laws that affect the lives of migrant workers

Foundation has Maat for Peace, Development and Human Rights (Egypt)Today, September 9, 2019, by presenting an intervention before the United Nations Human Rights Council, regarding the factors that have led to the increasing rates of contemporary slavery in many countries of the world, especially in a country such as Qatar, within the framework of the sessions of the 42nd session of the Council, which began its work today in Geneva and continues Until the 27th of this month.

During the intervention, Maat Foundation drew attention to the serious violations faced by foreign workers in Qatar, which amount to slavery, forced labor and other contemporary forms of slavery. The intervention emphasized that thousands of migrant workers of Asian origins and who work on construction sites find themselves in more similar conditions. Slavery and slavery, especially in light of the unfair conditions in which the workers work and caused hundreds of deaths, including a high temperature that exceeds 50 degrees Celsius, and mainly caused a high number of deaths, along with labor laws that subjugate foreign workers at the will of the employers in Doha, They are prohibited from disposing of anything, changing their jobs, or even leaving the country without the permission of their employer.

For his part, Ayman Aqil, head of Maat Foundation, said that what is happening in Qatar raises the alarm about the violation of the most basic human rights.

As the Global Slavery Index showed in 2018 that about 4 thousand people live in modern slavery, and Qatar, which has a population of 2.4 million, came to the top of the list of countries with the least support for the government's response to reducing slavery according to the index.

Monica Mina, the official of the Cooperation with Special Procedures Unit at Maat Foundation, called on the international community to shoulder its responsibilities to curb Qatar's repressive practices against migrant workers, with the need to conduct investigative investigations on the ground to find out the truth about what is happening in terms of violations against migrant workers in Qatar, as the authorities demanded Qatar urges the need to amend laws that affect the lives of migrant workers.