After putting it up for a community discussion with MPs

The draft proposes “the law's compatibility with international standards, guaranteeing the rights of some special groups, and including some marginalized groups under the umbrella of the new law.” 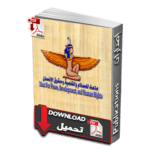 Within the framework of its efforts to help the Egyptian state fulfill its international obligations, especially those related to the universal periodic review, and in conjunction with the current discussions in the Egyptian Parliament on a proposal Labor Law No. 12 of 2003, ExpiredMaat for Peace, Development and Human Rights (Egypt) From sending its proposed amendments to the draft law to the Egyptian Parliament, the Ministry of Legal Affairs and Parliament, and the Presidency of the Council of Ministers.

Where she was Public Policy Analysis and Human Rights Unit Affiliated with the Foundation has developed proposed amendments to the draft law, including adding and / or deleting some articles to conform the new law with the recommendations of the UPR 2014 and the relevant international agreements, which are the amendments that were put up for community discussion with the participation of a selected group of parliamentarians, representatives of my ministries Manpower and social solidarity, representatives of political parties, academics, representatives of trade unions and unions, media professionals and leaders of civil work.

The articles presented by Maat varied between the inclusion of some marginalized groups under the umbrella of the new law, especially domestic workers, harsher penalties with regard to negative discrimination against working women, defining jobs in which women should not be forced to work in accordance with international standards, granting family care leave to the father in Cases in which the mother cannot care for the newborn, tighten penalties for violating the Child Law with regard to child labor, and increase the percentage of persons with disabilities employed in business enterprises in accordance with the new law of persons with disabilities.

It is worth noting that the hearing had recommended an appeal to the responsible administrative body and the Ministry of Manpower and Civil Society to train trade unions on negotiation issues in cases of conflict between workers and employers in accordance with international agreements, in addition to the need for good coordination between legislative bodies in the House of Representatives due to the multiplicity of laws related to work (Persons with Disabilities Law, Civil Service Law, Child Law, Penal Code etc.)

It is reported that the draft is the ninth published by a project The Universal Periodic Review as a Tool to Improve Public Policies during the Transition, Financed by European Union Over the course of 2016-2017, as part of a set of proposed solutions and alternatives at the level of policies and legislation, which aim to support the state in adopting a set of policies and legislations in line with Egypt's international obligations.