Ayman Akil: Ethiopia and Somalia threaten the stability of East Africa as a result of their violent conflict

Basant Essam El Din: The Democratic Republic of the Congo has made progress in fighting armed rebel movements compared to September

The Maat Foundation for Peace, Development and Human Rights issued its monthly report "The lens of terrorist operations in Africa" issued in October 2020, which dealt with the terrorist operations that occurred in African countries during the month and the resulting injuries or loss of life in addition to addressing the efforts of African governments in combating terrorism on The local level. At the end of the report, the report also included a package of recommendations submitted by the Maat Foundation to African governments and the international community to support the implementation of the 16th goal of the sustainable development goals of the 2030 Agenda and the third aspiration of Agenda 2063 of the African Union to spread peace and resolve conflicts.

The report included the terrorist operations and their dependence that took place on the African continent during the month of October, and it was found that during this month there were about 43 bloody incidents, with nearly 309 victims in 16 different African countries, on top of which the country of Ethiopia came with a ratio of 17 % of the total victims, due to tribal disputes. And borderline. As for the region most affected by terrorism during the month of October, the East African region came, where about 21 terrorist incidents occurred in the East African region, meaning 49% of the total terrorist operations in the continent, killing 133 people and wounding 80 others.

For his part, Ayman Aqil, head of the Maat Foundation for Peace, Development and Human Rights, stated that the continuation of the border dispute between Ethiopia and Somalia threatens the stability of the East African region, which increases the number of victims and injured every month amid the obstinacy of the Ethiopian and Somali side and the lack of real political will to resolve the conflict. Commenting on this point, Aqeel recommended that the African Union intervene between the Somali and Ethiopian governments to solve the border crisis through equitable geographical distribution and equitable sharing of wealth, positions and fair trials for the victims of both sides.

Commenting on the monthly report, Basant Essam stated; The researcher at the African Affairs and Sustainable Development Unit at the Maat Foundation said that the DRC government has made progress in fighting the rebel armed movements compared to September, when it killed 81 armed and rebel militia members, which is a remarkable progress for Congolese efforts to eradicate the phenomenon of terrorism. Efforts by the government and its development by the competent authorities of the United Nations and the African Union so that the Democratic Republic of the Congo can eliminate the armed terrorist groups settled within its territory.

It is worth noting that the continent of Africa comes within the interest of the Maat Foundation for Peace, Development and Human Rights, as it is a member of the General Assembly in the Economic, Social and Cultural Council of the African Union, as well as the North African region coordinator in the group of major non-governmental organizations in Africa of the Department of Economic and Social Affairs of the United Nations. 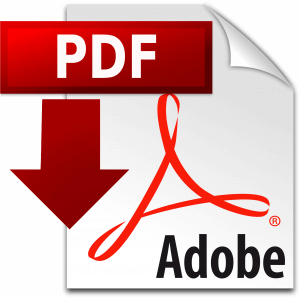 The Militarization of Water: The Repercussions of Turkey’s Use of Water as a Tool for Achieving its Objectives at the Expense of Human Rights