Issued Public Policy Analysis and Human Rights Unit The Maat Foundation for Peace, Development and Human Rights has a new policy analysis paper entitled “Homeless children - a new vision for treating the phenomenon“ This paper comes within the framework of the unit’s interest in the recommendations made to Egypt in light of the universal periodic review and the Egyptian government's position on the recommendations and in light of the institution’s implementation of a project “The Universal Periodic Review as a tool for improving public policies during the transition period“Funded by the European Union during 2016-2017, where the Foundation focused on shedding light on that issue through a paper that clarifies the most important problems of the phenomenon of homeless children, with the aim of reducing this phenomenon.

The paper concluded with a set of recommendations, the most important of which is the establishment of a special unit for the protection of the Egyptian child affiliated with the National Council for Childhood and Motherhood and the amendment of the decision to establish the National Council for Childhood and Motherhood so that it has representation at the level of governorates and neighborhoods throughout the republic, while providing a headquarters for it in every local administration so that it has the right Receiving homeless children and referring them, each according to the legal position, to the concerned authority.

The paper also indicated the necessity of reducing the role of the police in dealing with street children to referring only to the Child Protection Unit in the neighborhood to which the geographical scope of the arrest of the child belongs.

In the course of its recommendations, the paper called on civil institutions to participate in the rehabilitation of homeless children socially and psychologically and work to reintegrate them into their societies and modify their path in a way that preserves their future and rights as children with the same rights by attracting children, caring for them, training them in employment, transfer and sorting out some who have artistic, lyrical and acting talents Drawing, engraving and teaching the crafts that they can benefit from and suit the skill of each child, also through sports practices, which are often accepted by children, especially since sports, especially individual games, are multiple and accommodate everyone's desires.

The paper concluded its recommendations by calling on the media to include the homeless children crisis in a map to raise awareness and raise public opinion about the importance of addressing the problem at an early stage, and not dealing with these children as criminals, but rather spreading the culture that these children are victims who deserve care. 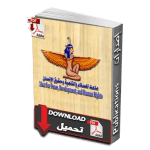 Maat organized a side event on terrorism & COVID-19 in Africa

Maat organized a side event on terrorism & COVID-19 in Africa

"Endless Suffering": A New Report by Maat Sheds Light on the Tragic Conditions of Foreign Workers in Qatar

Maat Continues Commemorating the 116th Anniversary of the Armenian Genocide