Deputy Head of Uganda’s Mission in Egypt: Uganda is working to develop water governance among the Nile Basin countries

Deputy Head of Uganda’s Mission in Egypt: Uganda is working to develop water governance among the Nile Basin countries

“Katsigazi”: Youth and civil society should focus on how to optimally use water resources

“Okeil”: Water governance models in the Niger and Senegal rivers are successful, and the Nile River model can be more successful

“Sharaki”: The Security Council has failed to fulfill its role in international water disputes

“Fakiri”: Cooperation among the Nile Basin countries is inevitable and it can be achieved through strengthening the inter-economic relationships, confidence building and information exchanging

Maat for Peace, Development and Human Rights, a founding member of the Nile for Peace Initiative, has recently held a new event entitled “Governance of International Rivers in Africa… How it Can be Developed in the Nile Basin”, which was attended by Ambassador Micheal Ocula Nyeko, deputy head of Uganda’s mission in Egypt; Dr. Abbas Sharaki, professor of geology and water resources at Cairo University, Dr. Suad Fakiri, president of the National Regional Union of Sudan, among other figures concerned with water issues and African affairs in Egypt.

For his part, Ayman Okeil, President of Maat for Peace, Development and Human Rights, stressed the need to take into consideration the 2030 Sustainable Development Goal 6 on water and sanitation and its close connection with many other goals, especially Goal 16 on promoting peace and justice. Okeil further added that there is a growing interest in the issue of international river governance, especially in the African continent, and we aspire to develop ways of cooperation between countries participating in international river basins, and to benefit from successful models in the field of river governance, such as the Niger and Senegal Rivers. The Nile model can be more successful in compare to these models, Okeil stated, noting that the goal is not only to provide water to citizens, but to turn it into sustainable source.

H.E. Ambassador Micheal Ocula Nyeko, deputy head of Uganda's mission in Cairo, said that Africa must act as one community in the field of river governance, adding that his country, as part of the African community and is deeply concerned with its issues, supports joint governmental efforts aiming at improving the efficiency of water governance and seeks to promote effective cooperation with the Nile Basin countries in order to develop the water management process collectively and protect the rights of upstream and downstream countries to the Nile waters.

H.E. Ambassador Arthur Katsigazi, advisor to the Ugandan embassy in water affairs, commented that there is a problem related to the lack of fresh water, and some associated problems related to water evaporation, adding that there is a need to maximize the possibility of optimizing the use of this water, through cooperation on a participatory basis. “Katsegazi” recommended youth and civil society to focus on how to optimally use and conserve these resources to preserve the ecological environment.

Dr. Abbas Sharaki, professor of geology and water resources at Cairo University, pointed out that Africa has many rivers, on the top of them is the Nile River Basin, which is the basis for rivers governance in the world, and which regulating agreements have been in place since 1893. Sharaki added Africa does not suffer from lack of water resources, but from poor management thereof.

Sharaki explained that the Security Council did not perform the role assigned to in disputes over water resources; it did not prevent Turkey, for example, from violating the rights of Iraq and Syria through the construction of dams on the Tigris and Euphrates rivers, and thus threatening and undermining the two countries’ rights to water and life. The water expert recommended the United Nations to create a specialized agency aiming at regulating the construction of projects on these rivers and resolving disputes over international watercourses.

Dr. Suad Fakiri, president of the National Regional Union of Sudan affiliated with the League of Arab States, said that development is, undoubtedly, a fundamental right to all Nile Basin countries. The Nile Basin countries are naturally and inseparably connected, any damage to the interests of one of them, shall affect the others; so, they all must work hand in hand to achieve the interests of all. Ms. Fakiri added that African countries must realize that they share a common destiny, and cooperation between them is inevitable, explaining that such cooperation is possible only achievable through strengthening inter-economic relationships, confidence building and information exchanging, as differences and disputes will only exacerbate regional problems.

Mr. Abdul Rahman Basha, deputy director of the African Affairs and Sustainable Development Unit at Maat, revealed that Maat has been working on a draft resolution for the establishment of an international body affiliated with the United Nations to handle water-related issues, such as constructing mega projects on shared watercourses, settling and preventing international disputes over shared water resources, and discussing possible ways of cooperation between countries sharing one international river. Basha added that this body should be based on certain principles, including confidence building, in line with international water law, fair and equitable use of water, and inflicting no serious harm to other countries.

It is worth noting that Maat for Peace, Development and Human Rights, as a founding member of the African initiative: “Africa’s Waters for Peace: Nile for Peace”, will work to communicate with the advisory body of the UN Human Rights Council and the expert group on the right to development, and to present the draft resolution to the diplomatic missions of the United Nations Human Rights Council to review the draft resolution and participate in its scheduling as part of its work. 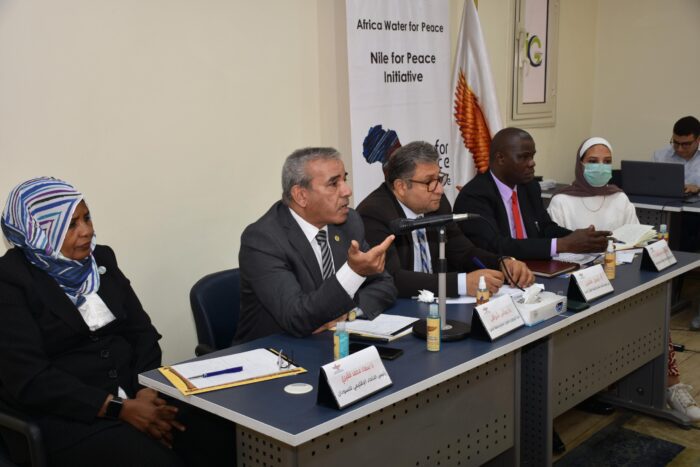 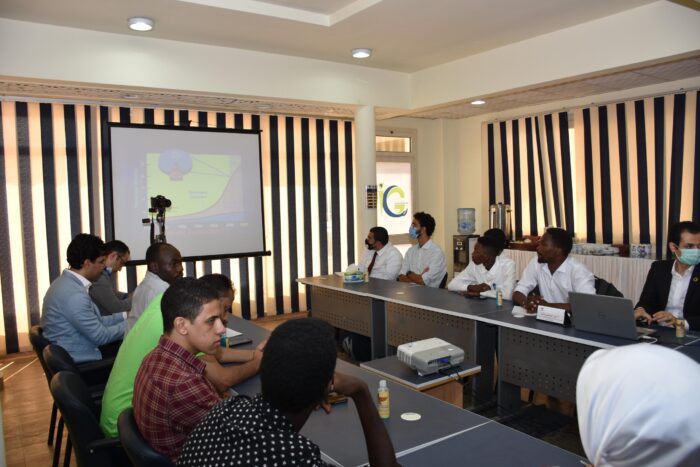